In Europe and the Western world there are many elderly people, many of whom are placed into a care home when they can no longer look after themselves and their families cannot either. 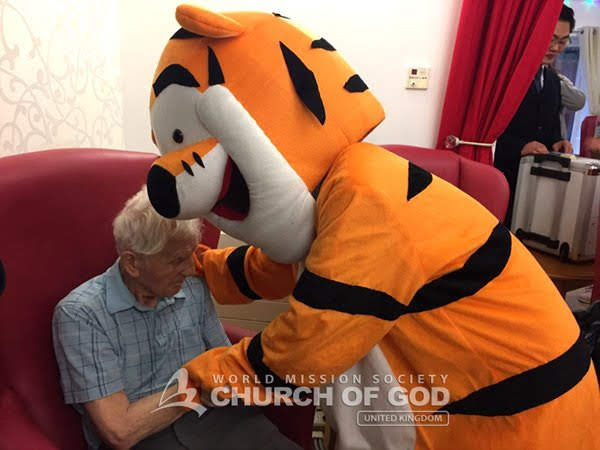 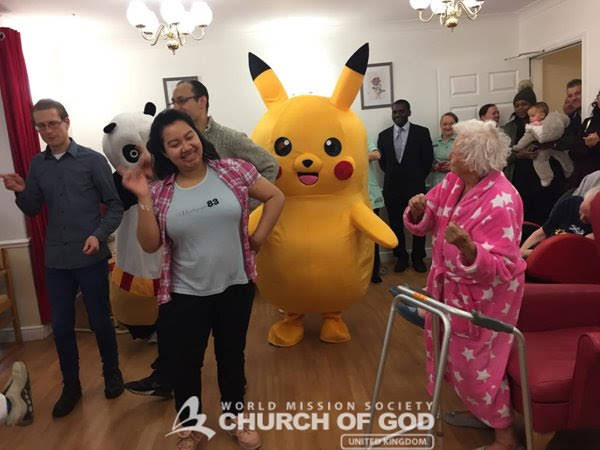 Unfortunately, there is a growing trend among many people. That is, to put their loved ones in senior citizen housing and rarely visit them. As a result, this leaves many elderly people feeling unwanted and depressed. Along with the fact that they can no longer do simple things like cook a meal.

On January 15, 2017, the World Mission Society Church of God (WMSCOG) in Manchester UK, started the year off with love for their fellow man. And in doing so, they did voluntary performances for 2 care homes in Salford, Holly Court and Labernum Court.

For many years now the WMSCOG in Manchester have been voluntarily performing in care homes throughout Manchester. Many members are always thrilled when they hear they are able to offer their volunteering services. Since they are able to share love with so many people they feel a sense of accomplishment. Therefore the members practice their performances, such are cello, short-plays, piano, singing and dancing, for a long time working together in unity. 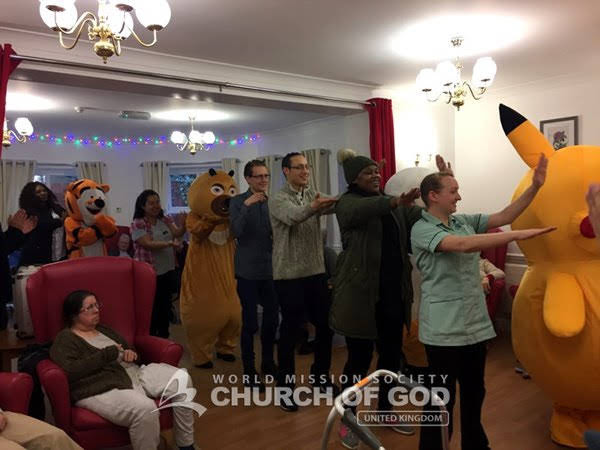 January 15, 2017 the members gathered early in the morning and put on their costumes, such as Pikachu, Tigger and Kung Fu panda. Then they packed up in their cars and drove to the care homes, singing new songs with joy.

When they arrived they were met with cheers from visiting family members of the elderly and care home staff. The members began to perform, from dancing to Hakuna Matata to singing ‘Hero’ by Mariah Carey. The rest of the members sat with the elderly, held their hands, conversed with them and encouraged them to dance in their chairs. You could see how greatly enthused many of the care home residents felt because their eyes lit up and they began to smile and laugh with the volunteers. There were even tears of gratitude from residents as they said, “thank you for coming, do it again!”.
The members worked hard, though the temperature inside the facilities was very hot. Despite the hot temperatures, the volunteers danced and sang fervently in their thick costumes. They performed earnestly and cared for the residents as if they were their own family. They finished their performance and as they left, many residents, care home staff and family members said, “Please come back again!”.