On February 11, 2013 the World Mission Society Church of God in Manchester gathered together in China town. Their goal, to voluntarily help clean up the streets after Chinese New Year.

Clean ups are one of the first voluntary works the members began doing many years ago. At this clean up, around 80 volunteers eagerly gathered to help. They brought with them safety gloves, litter pickers and bin bags to help the council and local businesses keep the streets tidy and safe. For Chinese New Year there were many festivities. However, with a lot of celebration, comes a lot of mess, particularly in the streets at the centre of Manchester.

Volunteers arrived on Nicholas Street at the centre of China Town in central Manchester. The street had been littered with confetti, food wrappers, cigarette ends, and drinks cans and bottles etc. They put on their safety gloves in the cold winter temperatures ready and more than willing to spread out to every street, including the side streets, and make it all litter free.

A volunteer said: “I was expecting there to be some rubbish but there was so much! I was so happy there was so much work for us to do!” And another said, “ I had such a good time working with so many of us all. Especially with the mission to tidy up Manchester, I’ll certainly rest well tonight!”. A member of the public said, “The accomplishment the volunteers must feel from their hard work, I feel satisfied just watching them!”

Once they had finished for the day, 25 very full bags of rubbish were collected and taken to the tip.
The members continue to be enthusiastic with their clean-ups and plan to do many more in the future so they can keep their city safe and tidy. 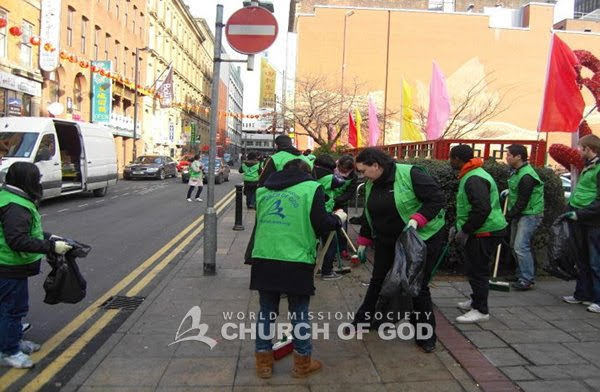 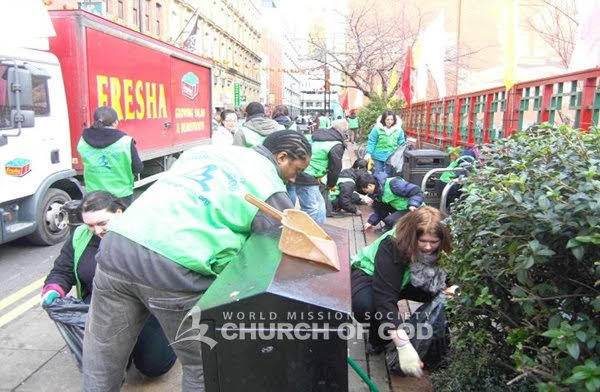 WMSCOG volunteers put some elbow grease into cleaning the streets. 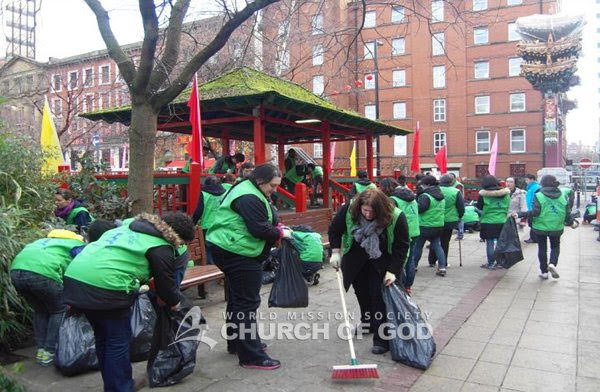