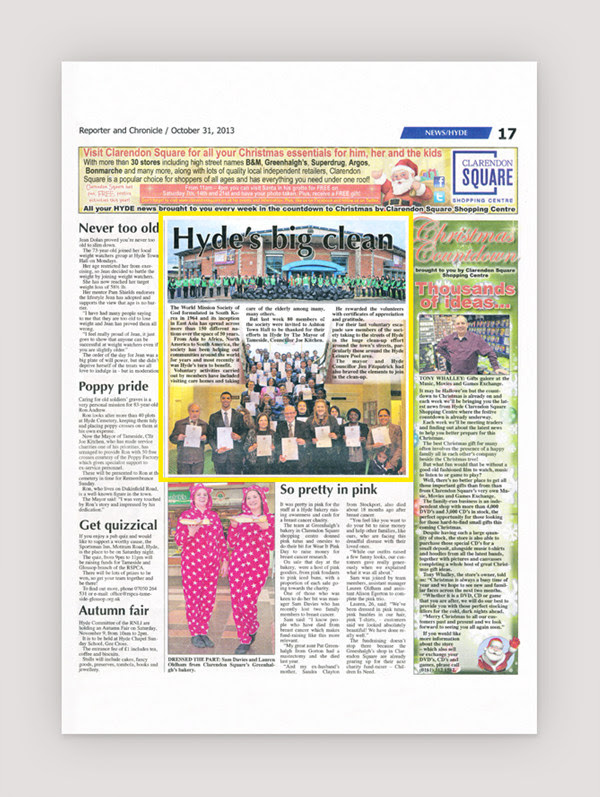 The World Mission Society Church of God formulated in South Korea in 1964 and its inception in East Asia has spread across more than 150 different nations over the space of 50 years.

From Asia to Africa, North America to South America, the society has been helping out communities around the world for years and most recently it was Hyde’s turn to benefit.

Voluntary activities carried out by members have included visiting care homes and taking care of the elderly among many, many others.

But last week 80 members of the society were invited to Ashton Town Hall to be thanked for their efforts in Hyde by The Mayor of Tameside, Councillor Joe Kitchen.

He rewarded the volunteers with certificates of appreciation and gratitude.

For their last voluntary escapade saw members of society taking to the streets of Hyde in the huge clean-up effort around the town’s streets, particularly those around the Hyde Leisure Pool area.

The mayor and Hyde Councillor Jim Fitzpatrick had also braved the elements to join in the clean-up.